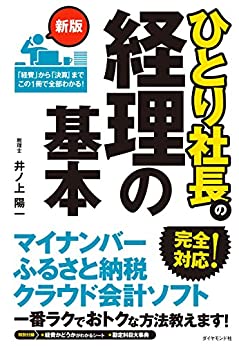 This article can be read in about 3 minute 14 seconds

I think that the social position of freelancers has improved compared to before, so I think that personal business is sufficient.In particularSince the Corona disaster, the potential for freelance has increased significantly..

A manager is a person who thinks about money

If you are hired by a company and live, as long as you are a so-called office worker, you will not be distracted by the flow of money other than your own salary.

Accounting is an abbreviation of "business management", which helps to steer management, and is not work at all.As an image, think of "accounting = work that balances money, accounting, and taxes."

In general,For each full-time employee, the company needs about two to three times the salaryIs said.For example, a company must bear about 30 yen for a human resource with a monthly salary of 90 yen.

Even if nothing else, the person who is the manager must know the actual situation of money around him.

Management is also a battle against taxes

Some spendingWhether or not it will be an expense is a matter of life and death for company managementIs.That is because it is related to the amount of tax and is directly linked to cash flow.

Knowledge is power in any field.Japanese office worker who is tamed by tax withholding and does not know how much tax he is payingShould learn all about taxes anyway.

Strengths and weaknesses of a single corporation

The market price has long been decided that one person is comfortable no matter what, but when he falls asleep, he naturally appreciates the existence of people.

But I don't think people are absolutely necessary.If you set a firm policy and do not neglect the preparation, you can do it well and enjoyably by yourself.

Just as a group has a group way, each person has a way of life, or a way of life.People who live comfortably in a group often give misguided advice to the existence of individuals and loneliness.It's a thing, but it's usually not a flatulence.

"Why don't you get married?" Is a good example, and it's the same as when asked "Why don't you get divorced?"Is.In an era when nothing is normal anymore, the only thing that can be said to people is their own experiences.

However, it is just a reference, and it is not something that can be recommended or compelled to others.There are as many truths as there are people.Humans want to be humble, whether they make a fortune or oldIt is a thing.

The story derailed.Finally, this is a trivia of accounting accounts that you wouldn't know without learning.

The account items of rental server fee, domain usage fee, and Dropbox and Evernote usage fee are "payment fee"..I can't help but it's a painful part of the world that I can't live unless I can divide it.