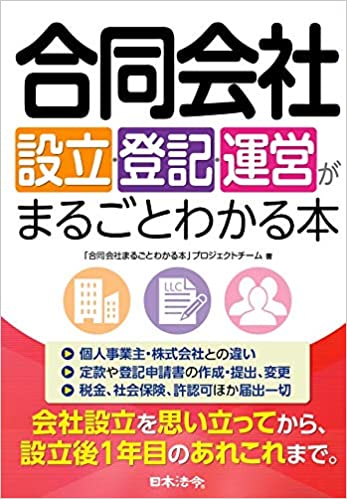 This article can be read in about 4 minute 5 seconds

Know the difference between a sole proprietorship, a limited liability company, and a joint-stock company

Today, the percentage of Japanese office workers is 89%, and the percentage of self-employed people is about 11% (as of 2017).It's no wonder most people don't know the difference between a sole proprietorship and a corporation.
reference:https://studytokyo3.com/saralyman87-startup/

In the first placeA country where there are people in politics who confuse freelancers with part-time workersTherefore, it can be said that it is rather natural.

Benefits of creating a company

Japanese office workers are not conscious of tax collection and payment because taxes are automatically withheld from their monthly salary.Is said.

Anyway, let's think about the merits of incorporation.

It is a tax incentive.By establishing a company, the range of expenses that can be recorded as expenses is expanded, and there are cases where the past deficit can be carried over for a longer period than the sole proprietor, so it is easier to reduce the tax amount.In addition, there are differences in tax rates.Income tax for sole proprietors is a progressive tax that increases as income increases, similar to salaried workers.On the other hand, the corporate tax on corporations is a fixed tax rate, so if the amount of income is above a certain amount, the tax rate can be kept lower than the progressive taxable income tax.In addition, corporations are generally said to be easier to gain social credibility from banks and business partners than sole proprietors.This is because it is believed that personal property and corporate property are clearly separated and accounting is properly managed.

There is something that makes a difference between her and wife / boyfriend or husband.also,If you go through the troublesome procedure of officially reporting and approving, you will become socially stronger.'S.

How much is the establishment of a company after all?

A long time ago, it became a hot topic that a company could be created with a capital of 1 yen. It's due to the new Companies Act that came into force in 2006, but strangely (?), ThatThe procedure for establishing a company itself costs more than 1 yen, which is not free..

Given that marriage registration is free, I wonder if I'm the only one who can't help it.

Even the establishment of a limited liability company costs at least 7 yen.Whether it is expensive or cheap is a delicate place.And running costs are also incurred every year as follows.

At a joint-stock company, it costs at least 1 yen per year to maintain the company.The breakdown is about 13 yen for the settlement announcement fee and about 6 yen for the corporate inhabitant tax (per capita rate). (Omitted) The limited liability company does not require public notice of financial statements or regular registration fees, so the corporate inhabitant tax is about 7 yen.

If you are a sole proprietorAfter becoming a corporation, you must pay the corporation's portion in addition to the individual residence tax.That is the point.

If you think of a corporation as a tiger's headgear in the "fox that borrows the power of a tiger" -for those with honor and ambition-it doesn't seem expensive, but what about it?

Sole proprietors do not have the concept of salaries or retirement benefits for business owners.Since there are no restrictions on living expenses under the law, sole proprietors withdraw their living expenses as loans to individuals (business owner loans) when they make a profit, and if they do not make a profit, they take them out of their deposits and savings ( It is also possible to respond flexibly, such as operating the business with the business owner's borrowing).However, when you become a corporation, your living expenses are also "payment of salary from corporation to individual", and you pay by basically the same procedure as payment of salary to other employees and employees.It is NG to think that there is no salary because there was no profit this month, and that the amount for the previous month is also paid together because there was a lot of profit the next month.

It seems to be something of a contemporary art-like work concept of a corporation.Especially if you are a single corporationPaying for yourself as a real individual from a fictitious corporation you created is almost a caricature solo play.is not it.

When you become a corporation, if the business partner is an individual, you basically have to withhold the lecture fee, design fee, outsourcing fee, and compensation for lawyers, certified accountants, tax accountants, scriveners, etc.For example, crowdsourcing, which you can easily ask for, is often a freelance business, so the fee must be withheld as a reward to be paid to an individual.

For the time being, the fact that it becomes a lot of trouble when incorporated is the same as having a family from a boyfriend or girlfriend, and one day the crush disappears, the crush becomes a mess, and in some cases it gets divorced.

Estimated capital
Generally, it is said that it is enough to have working capital for about 6 months after starting a business.The amount required depends on the business content.Let me give you an example.

If it is difficult to prepare the amount for 6 months, it is often recommended to have 3 months (about 150 million yen in the above example).

So that's it!Was that how the capital was decided?I'm hungry and stupid, and I'm planning to be incorporated this year.

Previous article Small company's Web customer attraction battle book: The secret to achieving results without being involved in the advertising expense battle at all Next article Website Renewal A guide to success that doesn't "change just the look"