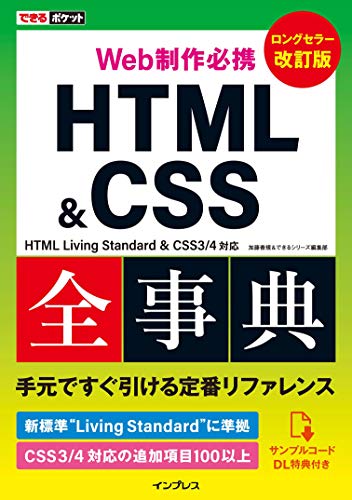 This article can be read in about 1 minute 13 seconds

It's no longer a thing different from past HTML and CSS

I thought that HTML and CSS would come more and more before the morning meal, but HTML is a lot of CSS that I have never seen or used anyway.Moreover, most of them are already compatible with major browsers.

The 10-year-old player's web designer should humbly relearn in this book. Specify the style and shape of the emphasis marks
{text-emphasis-style: スタイル 形; } Previous article The easiest quantum computer textbook The latest technology that the world is paying attention to taught by popular lecturers Next article Second grade Python How scraping works Experience and understand!Learn in conversation!

Learn from the basics No code development

Shopify Operation Encyclopedia 81 activities that lead to the success of cutting-edge EC sites ...