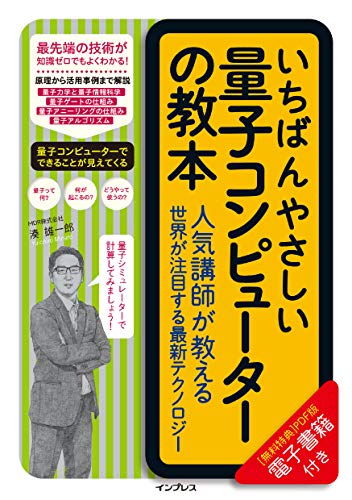 This article can be read in about 1 minute 19 seconds

The next revolution by quantum is near

Far from the quantum computer, I started reading in the state of the quantum itself, but there was something that I could understand to a certain extent.The important thing is that the mechanism itself is fundamentally different from conventional computers.

He explained that entanglement associates the quantum states of multiple qubits.If one is 1, the other is 1, and if one is 0, the other is 0, and so on, the state of one determines the state of the other.Curiously, the entanglement is preserved no matter how far the quanta are separated."Quantum teleportation" utilizes this property.If you send a quantum to a remote location while causing entanglement, changing the quantum state of one will instantly transmit it to the other.Research on using this phenomenon for communication is underway in various places.

Learn from the basics No code development

Shopify Operation Encyclopedia 81 activities that lead to the success of cutting-edge EC sites ...